Ulrike Hahn first qualified as a lawyer, before becoming a cognitive scientist. She is a professor in the Dept. of Psychological Sciences, at Birkbeck where she directs the Centre for Cognition, Computation and Modelling. Rational argument has been a focus of her work for over a decade. She has been working on both normative accounts (concerning how we should argue) and descriptive accounts (concerning how we actually do argue), particularly with respect to so-called fallacies of argumentation. For her work on human rationality, she has received the British Psychological Associations Cognitive Section Prize, the Swedish Research Council's Hesselgren Professorship, and the Humboldt Foundation's Anneliese Maier Research Award. She is fellow of the Association for Psychological Science and the German National Academy of Science. She remains cautiously optimistic about human rationality and the capacity for rational argument to prevail. 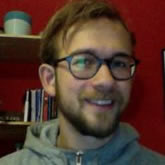 Throughout his academic life, Jens Koed Madsen has been interested in persuasion and argumentation and has approached this from different disciplines. As an undergraduate at the University of Copenhagen, he studied Rhetorical Theory; as a PhD student at University College London, he explored formal models of belief updating through Bayesian modelling, and as a post-doctoral researcher at Birkbeck (University of London) and now University of Oxford, he is developing formal models of reasoning and argumentation and implementing them in agent-based models as well as testing these against empirical data. Jens is keenly interested in political discourse and persuasion in political campaigns.

At Oxford, his work focuses on predictive agent-based models of dynamic belief and behaviour changes in shifting environments.

Stefan Schubert is a philosopher who specialises in rationality, argumentation and the theory of knowledge. He started making detailed analyses of opinion pieces in Swedish newspapers in 2014, in a style akin to that of [insert our website name], and has also argument-checked some of the American presidential debates. Presently he works for the Centre for Effective Altruism, Oxford – a non-profit that tries to improve the world as effectively as possible, using evidence and reason. He believes that improving the level of discourse in politics has the potential to be an effective method for making the world a better place. One reason why he is involved in the project is to find out whether that is indeed the case.